skip to main | skip to sidebar

I took The Boss and She Who Must Be Ignored to the Lake District last week.
The Boss was embarrassing as usual, all that wheezing, gasping and complaining but the main reason for going was to put SWMBI through part of her Mountain Leadership Training.   On this trip we were doing 'Navigation in the mountains', she has always been a little weak in this aspect but with my help she should be ok. 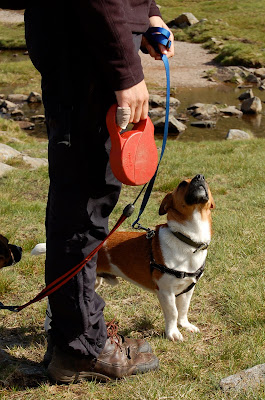 I had to wait patiently quite often but I think that patient handling is the key.  On this occasion SWMBI was having trouble deciding whether she was at Sprinkling Tarn or Sty Head Tarn.  She wandered round looking vacant for a while and then asked who had the map!  Then finally decided we were at Sty Head.
We eventually arrived at Sty Head Tarn later in the afternoon!
Oh well!  Rome wasn't built in a day.........
Posted by My Dog Jack at 16:30 No comments:

The Boss says it's all because of the Icelandic Cod War, and the bank bail out repayments. He says they really know how to carry a grudge!

Any way I don't know anything about that, 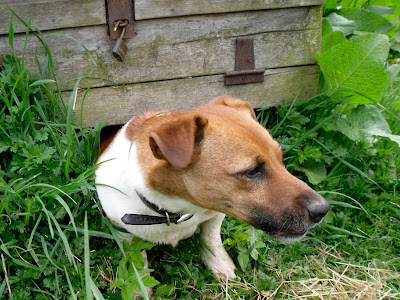 I just want to know if it is safe to come out yet?

The Crown (and Granny) v The Giant Hen

New evidence in the trial of The Giant Hen, who has been accused of stealing the wild bird seed!

At first Granny tried to blame me, but photographs came to light proving my innocence. As a result of this evidence, The Giant Hen was charged and brought to trial. She claimed that she was acting under the orders of The Boss, a weak defence dicredited by new video evidence obtained by undercover agents.

She had an un-named acomplice, who was caught on camera acting as look out!


She has been found guilty as charged but I expect she will escape the ultimate penalty, it is rumoured that The Boss has bribed the Judge (and Granny).....

Hi folks,  I hope you are all well.

I went to see Granny today and while The Boss was feeding the donkeys I saw the Giant Hen sitting on the stable door with one of her friends. 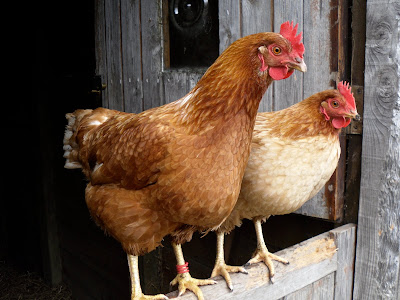 What do you think, shall we go for a walk or stay here?


The reply was unprintable....!

Fat Dog has started her training for the new 'Hendog Trials' season.  She is hoping to make the the England team this year. 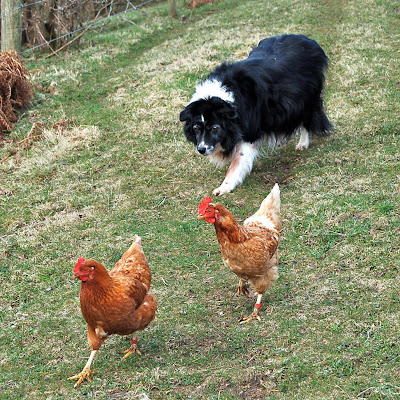 I went up to Granny's cottage today to help The Boss do a few chores, he struggles by himself!

It was lovely and sunny when I walked round the fields to make sure that the rabbits weren't eating too much grass and there was Henry Donkey sunbathing.  What a fat tummy he has!

I asked Hannah why she wasn't enjoying the sunny weather?

"There is no way that I am displaying myself for all the world too see.  That is a main road over there you know, every Tom, Dick and Harry would be able to see me!" 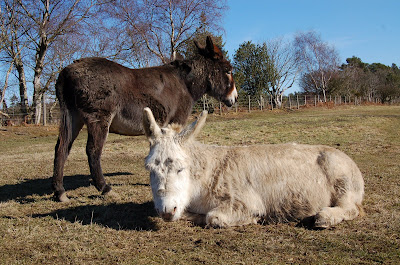 Henry doesn't seem to mind though!

Chores done and The Boss safely tucked in for his nap, I thought that it could be time for me to put my feet up for a few minutes. 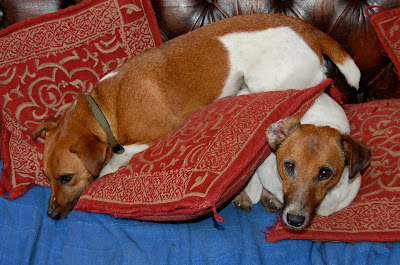 Today Daft Harry decided that he was going to dig his own tunnel.


I tried to explain to him that there would be a bus at 10 past but he wouldn't listen.  Why did he want to go to Newcastle anyway?  He spent all his pocket money in on his postcard for Granny when he was in Australia at the weekend! 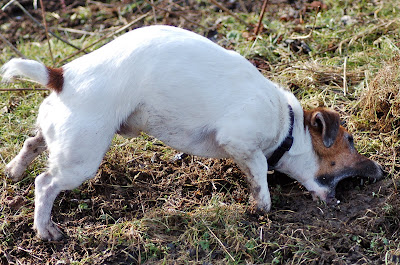 It's going to be a long job, after two hours this was as far as he got!

If this wasn't bad enough, Henry Donkey decided that he would join in, it's a good thing that Fat Dog didn't see all this because she would have needed a quarrying licence! 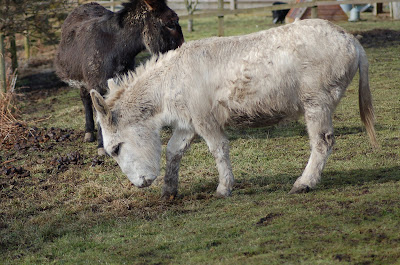 All this week Granny has been accusing me if stealing the wild bird's seeds but the culprit has been found.  While Harry was digging his tunnel I made a hide and lay in wait. 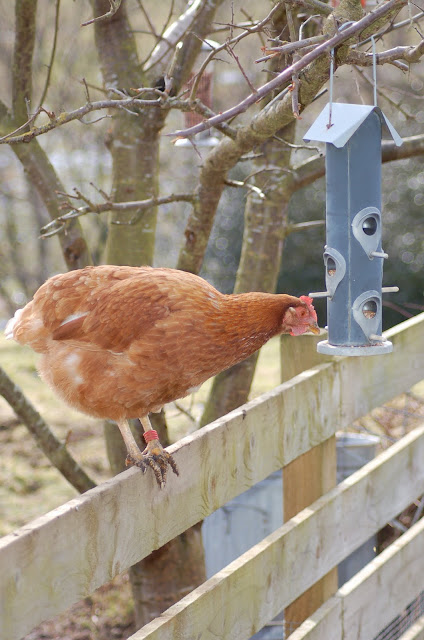 I'm Jack the Dog
this is my Blog
the place to be
for my friends and me.
So look me up
see what I've done
I'm a real cool pup
having lots of fun!

This Blog would not be possible without the stoicisim of the following:

Fat Dog
Daft Harry
Hannah and Henry Donkey
The Giant Hen
Henry Cat (RIP)
She Who Must Be Ignored!
Granny
and most of all, The Boss